skip to main | skip to sidebar

Finally we have a few pics of the babies’ rooms. For those of you that don’t know, we are using two bedrooms that are right next to each other. Instead of splitting the babies up two and two, we’ve taken the advice of another quad mom and set the rooms up by function. The “crib room” is for – you guessed it – all four cribs, while the “staging room” is where the dressers, changing stations, clothes, and supplies will go.

Below you can see a picture of three of the cribs (it’s hard to get a good angle to get all four of them in the same shot.) Click through to see a few more pictures. 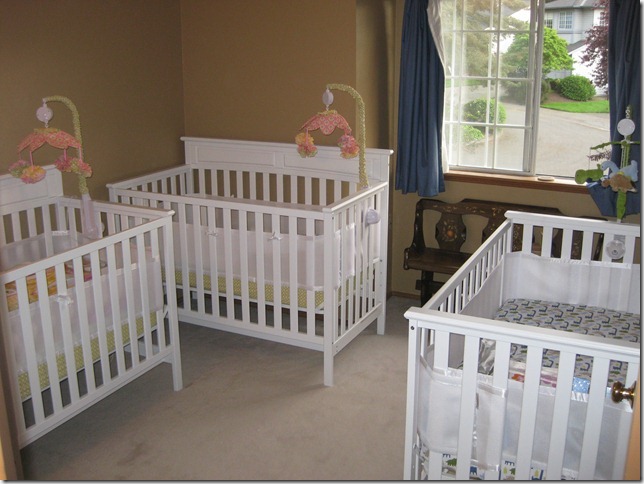 Three of the four cribs 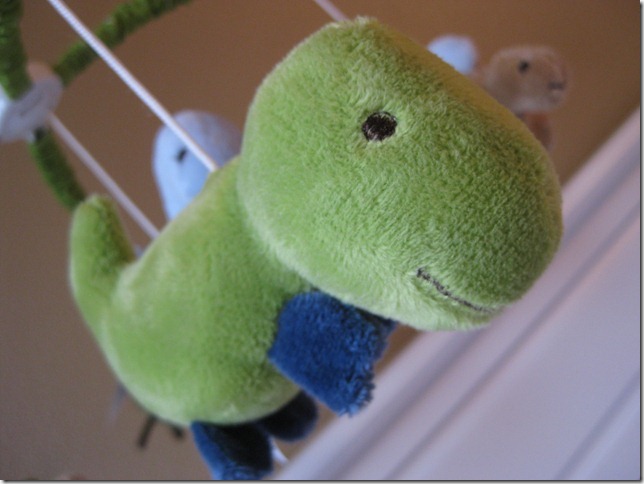 Close up of Connor’s mobile Close up of one of the girls’ mobiles 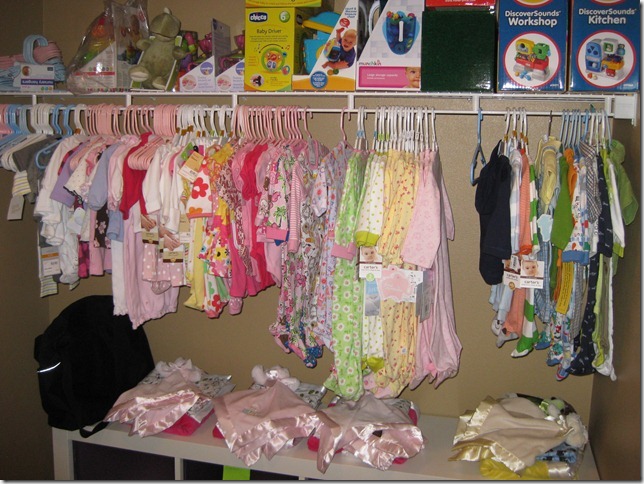 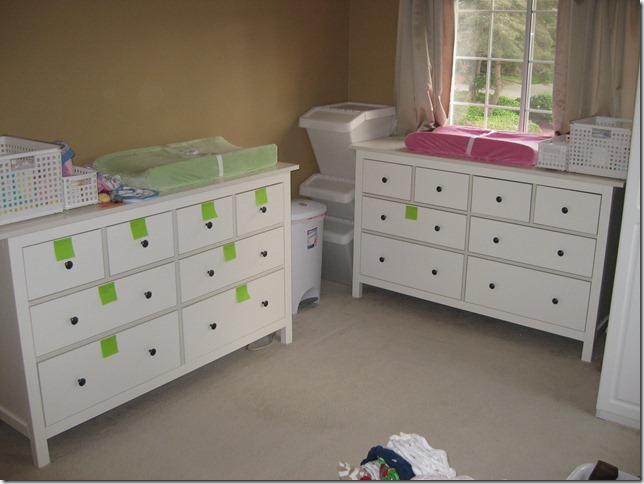 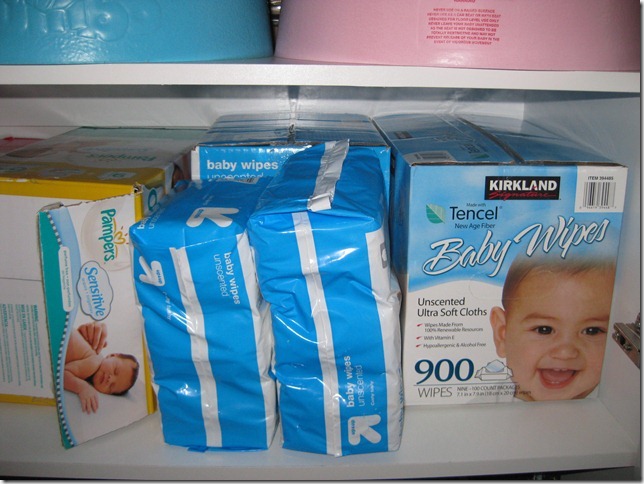